Home
About
← You are here

"Torsten Lauschmann's art is notable for its innovative and idiosyncratic approach across a range of formats including photography, sound, video, online projects, performance and installation. He is interested in the earliest forms of magical and cinematic entertainment, as well as the latest technological advances. He tweaks the mechanics of both digital and analogue technologies, producing works that explore our relationship with machines, as well as our understanding of the moving image and illusion.Made using a range of materials, found objects and technological processes, his works defy categorisation and deliberately avoid the notion of a signature style or appearance. Instead Lauschmann is interested in delving into the fundamentals of life and human nature – resulting in artworks that range from the melancholic, poetic and romantic to the theoretical and the absurd. The combination of the home-made and the high-tech is another integral part of many of Lauschmann’s works – their low-fi and DIY appearance can often mask the complexity of their construction.The artist often transforms that which we take for granted, focusing our attention on how we live our lives. Growing Zeros (Digital Clock) (2010) is both a 24-hour-long film and a functioning clock. It shows red, handmade wooden blocks set against a jet-black background, emulating (albeit in a rather rough form) the numerals found on a digital LCD display. The blocks are animated by Lauschmann’s hands, furiously moving the seconds, minutes and hours in order to try to keep up with the progression of time.Growing Zeros highlights the difference between experiencing an artwork and the simple act of reading the time. The labour involved in the physical act of making the work is also made visible, with the movement of the artist’s hands replacing what is normally a technological process. The pace at which Lauschmann’s hands are required to move can also be read as an allusion to our continuing race to keep up with the latest cutting-edge digital developments." 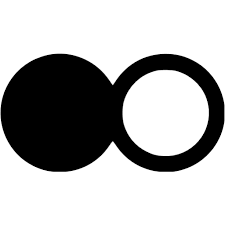